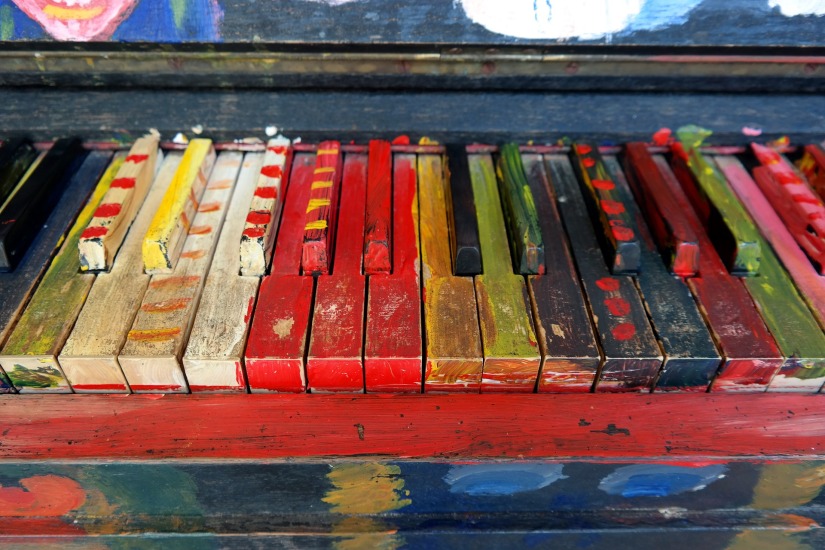 Have you ever thought about how much repetition there is in music, whether popular or classical? It’s so ubiquitous that it’s easy to forget about how weird it actually is. If you were reading a book and the exact same chapter was repeated you’d probably be scratching your head and wondering if you had a messed up copy. But in music, that’s the norm! So today’s post addresses how we might think about musical repetition from its similarities to literary repetition (because while entire chapters might not be repeated in books there is a significant amount of repetition in some literature like poetry). Let’s just talk about one form of repetition right now, but there are a ton of others:

And you, my father, there on the sad height,
Curse, bless, me now with your fierce tears, I pray.
Do not go gentle into that good night,
Rage, rage against the dying of the light.”

-“Do Not Go Gentle Into That Good Night”
by Dylan Thomas

Refrains can be literary; the poem above is a great (and one of my favorite) examples of that! Refrains are everywhere in pop music, too—you know, that catchy part of the song that comes back many times after being interspersed with verses? Refrains can happen in classical music, though, too.

When a particular theme of classical music comes back after some different section, then, we can think about it as a refrain. What difference does that make, you might ask? Well, think about what the purpose of a refrain is in pop music and/or poetry: the refrain gains prestige as the most important point of the song, the point the singer/author is most obsessed with, if you will.

So if you hear a particular musical passage that comes back over and over again in between other contrasting music, the composer is telling you that it’s important.

So how do we connect this back to literature?

1) Well, like the Thomas poem, the repeated music might invoke a sense of an inescapable, death-defying desire (a desire that may or may not be fulfilled by the end of the piece).

2) Like pop music, a classical musical refrain might signify a self-directed statement or reminder (“let it go, let it go / can’t hold it back anymore” -you know what this is from)

3) Or a declarative, non-negotiable statement (“but I’ve got a blank space baby / and I’ll write your name” -Taylor Swift, “Blank Space”)

4) It could be purposefully humorous; the more repetitions of one thing, the more ridiculous and over-the-top it may seem (“got a long list of ex-lovers / they’ll tell you I’m insane” -still Taylor Swift, “Blank Space”)

5) Side-stepping for a moment, the verses may provide new information or a twist with which to interpret the refrain (“But rumour has it I’m the one you’re leaving her for…But rumour has it he’s the one I’m leaving you for” -Adele, “Rumour Has It”). Obviously you won’t be told what the twist is in words for instrumental classical music, but that’s where your imagination comes in!!

(Rondos are a good example of a sort of refrain happening in classical music.)

So what do you think about the similarities and differences of refrains in classical music, pop music, and even poetry? Let me know in the comments!

40 thoughts on “Repetition in Pop Music, Classical Music, and Poetry”

Join 2,597 other followers
Follow If Mermaids Wore Suspenders on WordPress.com