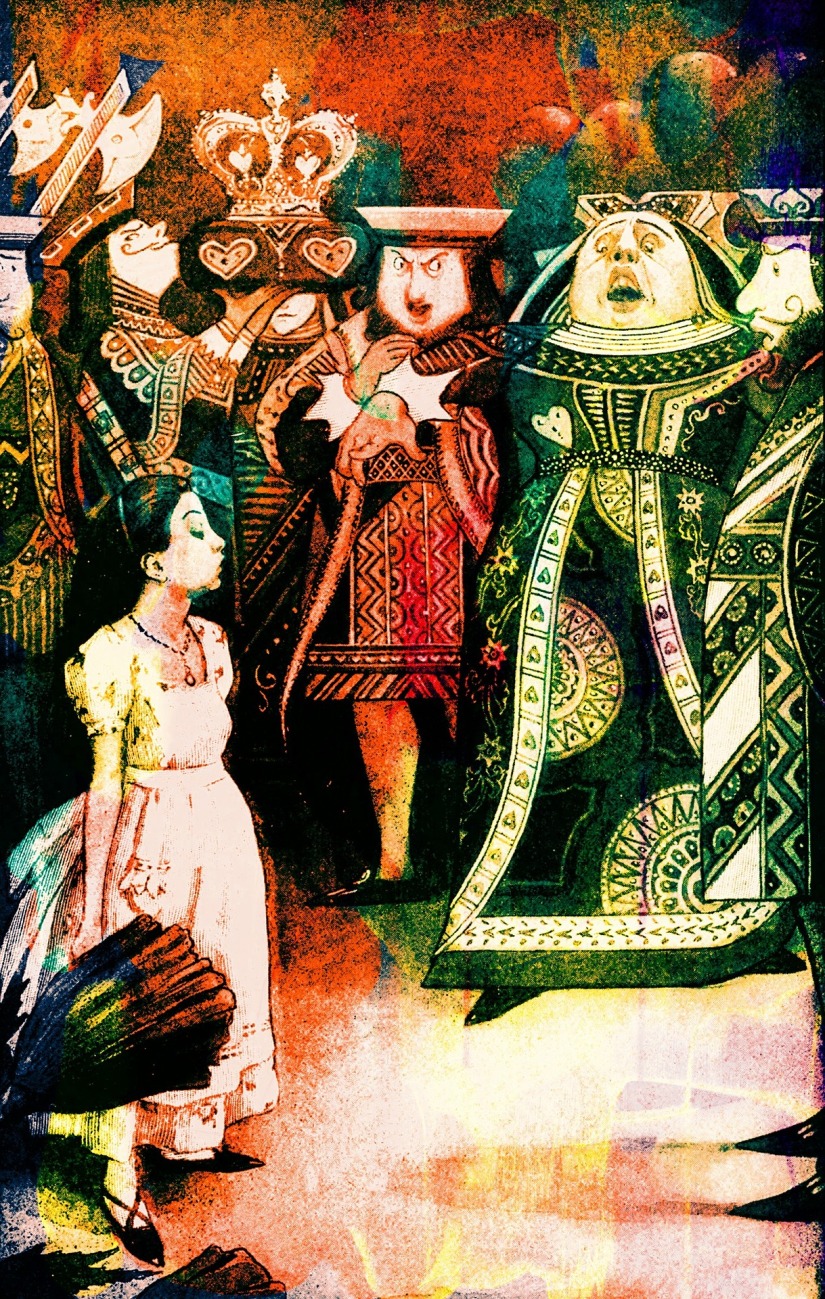 “The players all played at once without waiting for turns, quarrelling all the while, and fighting for the hedgehogs; and in a very short time the Queen was in a furious passion, and went stamping about, and shouting `Off with his head!’ or `Off with her head!’ about once in a minute.” —Alice’s Adventures in Wonderland by Lewis Carroll

A man wearing a top hat in a crowded part of town accidentally collides with a stranger. The stranger proceeds to throw a bowling ball at the man, but thankfully it passes over his head. You might say that the stranger’s response was over the top…

Okay so that joke was terrible, but still, it brings up the hyperbole, which is just an exaggeration. When you say that it’s killing you to wait for that sequel to be released, you’re (probably) using hyperbole.

But just as book characters and real-life people sometimes use hyperbole (like the Queen of Hearts chopping everyone’s heads off), the musical “characters” we hear may sound like hyperbole, too! Here are some ways we might recognize it:

If things are getting kicked up a notch, maybe we’re hearing a different “character’s” perspective on the same event…and they might be taking things more seriously than strictly necessary.

Those traces could be a sign that the emotional response the character is experiencing is a little much.

You can always consider the possibility that the mood or emotion expressed could be exaggerated—either on purpose (because the character is trying to make a point) or because he or she is overreacting. (Because being upset when you get a paper cut should be a lot different than being upset when you’re hurt to the point of needing stitches.)

This less than one minute long Rachmaninoff prelude sounds cheekily hyperbolic to me…especially at the end! It’s like the music is purposefully being over-the-top happy and cheerful and innocent when maybe something bad has recently happened instead. It’s actually sarcastic!

What do you think? Have you ever heard a piece of music (classical or otherwise) that seems to use hyperbole? Or do you like when books use it?

As always, thanks for reading!