What if you could bring a piece of your favorite book’s world into real life–a piece that you could manipulate and control?

Playing with a remote-control Batmobile recently got me thinking about the other remote-control vehicles I would love to experience–especially if they were like this one where you can see Batman’s perspective from the cockpit, make the guns “shoot,” turn on the headlights, and watch real smoke come out of the engine. (Here it is in case you’re interested. It’s seriously the best.)

So here’s a list of the top remote-control vehicles from books that I would whisper into Santa’s ear if I was young enough to get away with it–as poured forth from my nerdy soul:

“It was a rich cream color, bright with nickel, swollen here and there in its monstrous length with triumphant hatboxes and supper-boxes and tool-boxes, and terraced with a labyrinth of windshields that mirrored a dozen suns.”

Gatsby’s car feels lavish, like a little piece of his fantastic wealth. It also plays a crucial role at the end of the story (no spoilers here). Racing his car with a Batmobile? Sign me up.

“Can I have the carriage?” said Jane.
“No, my dear, you had better go on horseback, because it seems likely to rain; and then you must stay all night.”

While this quote actually highlights the lack of a carriage, the fact that these were one of the main modes of transportation in Jane Austen’s novels makes me want one anyway. I’m going to say it would be particularly awesome to own a version of Mr. Darcy’s carriage, but honestly I’d be happy with anything. 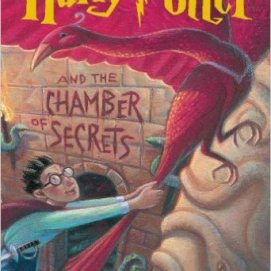 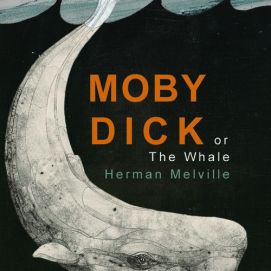 “C-Cars, Molly dear?”
“Yes, Arthur, cars. Imagine a wizard buying a rusty old car and telling his wife all he wanted to do with it was take it apart to see how it worked, while really he was enchanting it to make it fly.“

Why yes I WOULD like to control the blue car that Ron and Harry fly to Hogwarts in at the beginning of The Chamber of Secrets. Plus, maybe they could make it with the technology of a drone so that it could actually fly…

“You may have seen many a quaint craft in your day, for aught I know;—square-toed luggers; mountainous Japanese junks; butter-box galliots, and what not; but take my word for it, you never saw such a rare old craft as this same rare old Pequod.”

Full disclosure: I haven’t actually read Moby Dick yet, but I’m so excited to hopefully read it soon. Besides, the general concept of going of an epic search for an arch nemesis who also happens to be a whale is more than enough to earn Ahab’s ship a spot on this list. I would be happy with either a boat that secretly had wheels so you could “drive” it around on land, or one that was remote-controllable in water. I’m not picky.

5. The chariot that Katniss and Peeta ride in for the opening of the Hunger Games

“Katniss, the girl who was on fire!”

Yes, I know this quote doesn’t actually talk about the chariot itself, but this line was too classic to pass up. For this one, I’m specifically envisioning Katniss and Peeta “figurines” that light up to look like they’re on fire when you press a button on controller–just like the book.

Once all of these are (inevitably) created, you can bet I’m having a race between Gatsby’s car, Mr. Darcy’s carriage, Mr. Weasley’s flying car, Ahab’s ship, the Hunger Games chariot–and the Batmobile, of course.

So what awesome remote-control literary vehicles would you like to own?