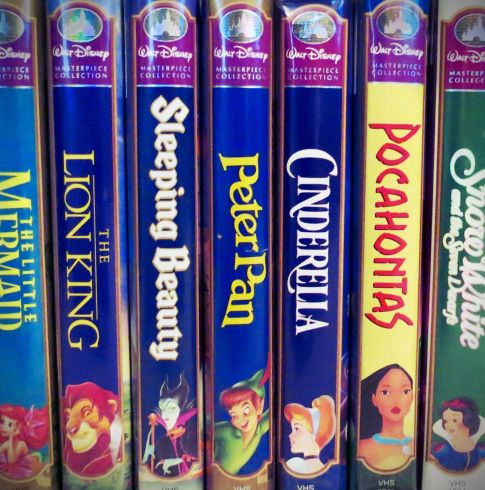 It’s common knowledge that Disney’s The Lion King is based on Hamlet, where Mufasa is King Hamlet Sr., Simba is Hamlet Jr., and Scar is Claudius (I guess that would make Nala Ophelia??). So it got me thinking: do any other literary characters resemble Disney characters in some way?

George Wickham from Pride and Prejudice = Hans from Frozen

Both Wickham and Hans know how to throw on the charm, but neither of them is honest with the girl they are wooing. Instead, they pursue the girl for their own gain and without empathy for the heartbreak they inflict. It’s so sad that both of these guys seemed to be perfect gentlemen at the beginning but turned into such self-serving villains at the end!

Both characters start out in a low economic class and both yearn for something more. They also both fall in love with girls they know they can never have: Estella and Jasmine. Then Pip has a mysterious benefactor who elevates him to the status of a gentleman, opening his way (or at least so he imagines) to marrying Estella. Aladdin also experiences a boost in fortune to draw him closer to his love, but of course he knows whom to thank.

Pip and Aladdin both have a troubling tendency to lie, as well: Pip lies to Joe and Mrs. Joe about Miss Havisham’s habits while Aladdin lies to Jasmine about his identity.

At the end of it all, Aladdin comes out on top since he gets the girl. Pip, however, is less fortunate…

Mr. Lorry from A Tale of Two Cities = Cogsworth from Beauty and the Beast

Both of these characters are very careful not to break the status quo. Mr. Lorry wants to stay strictly within the lines of business, shunning outward displays of emotion, while Cogsworth is anxious not to break any of the Master’s rules by favoring Belle.

Lady Macbeth from Macbeth = The Evil Queen from Snow White

Both of these sinister ladies have no qualms about killing people to stay on top. While Lady Macbeth’s goal is to be queen, the Evil Queen already has that title and instead aims to be the fairest of them all. Unfortunately, the Evil Queen doesn’t have a husband whom she can force to do her dirty work, so she has to settle for the huntsman. But when both men fail (Macbeth to plant the daggers with the soldiers and the huntsman to take Snow White’s heart), both women are forced to take matters into their own hands by framing others with the murder weapon and proffering an apple, respectively.

Algernon from The Importance of Being Earnest = Meeko from Pocahontas

Meeko is admittedly more innocent than Algy, but both have a fond penchant for eating at any and all times, whether or not that food is meant for one’s aunt or the governor’s pug.

Jack from The Importance of Being Earnest = Flit from Pocahontas

Both Jack and Flit are jealous creatures who try to keep their loved ones away from people they deem untrustworthy. For Jack it’s keeping Algy away from his ward, Cecily, and for Flit it’s keeping John Smith away from Pocahontas. Too bad both fail.