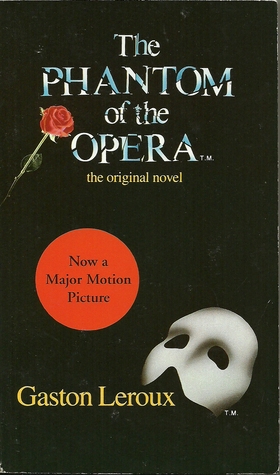 “Chemistry” off of Arcade Fire’s latest album “Everything Now” is a) super catchy and b) intriguingly similar to both the phantom from Phantom of the Opera and Gatsby in The Great Gatsby.

At first this song made me think of Gatsby and what I imagine he might sing to Daisy:

“I got the money, and I got the time
I got a secret, gonna make you mine”

“Dance with your boyfriend all night long
Tell him you really really love his song
Close your eyes, it’s me you’re gonna see
There ain’t no way to fake it.”

Obviously Tom and Daisy are married so he’s no longer just her boyfriend, but Daisy DOES feel torn between the two while Gatsby does his best to convince her she only loves him. (And Gatsby certainly has the “money” and “time” to throw lavish parties to attract her attention…).

But some aspects of this song are different than Gatsby’s character. While Gatsby IS cocky about Daisy’s love for him when he forces her to confront Tom, there’s also a desperation to him that I don’t hear in this song. Instead it seems to have a slight mocking, cocky character which ends up sounding pretty creepy as the song gets stuck in a loop of repetition. It’s almost like the singer is casting a spell over this girl with his incessant chanting. Another layer of creepiness is added with the lines:

“I know you haven’t even met me yet
But you’re gonna love me baby when you get to know me,”

which again doesn’t fit with Gatsby because he and Daisy obviously know each other. (Or DO they after so much time spent apart??)

With the creepiness factor growing as the song progresses, it starts to sound more reminiscent of the phantom in Phantom of the Opera for me. He’s certainly creepy to say the least! Christine also doesn’t really know him since she thinks he’s an angel and this song could even take place as the phantom watches her and falls in love with her from a distance before becoming her teacher.

What I love about the similarities here is that the song sounds like a re-telling or re-interpretation of the story with its light-hearted, teasing tone that doesn’t fit with the phantom as we know him. Or maybe that tone shows an underlying insanity within his mind?? Maybe the “Chemistry, baby you and me” line that repeats incessantly at the end of the song is going on a loop in his head as he watches her… (You’re welcome for the nightmares!)

Overall it’s like the song morphed from Gatsby-ness to phantom-ness without ever definitively sounding like one or the other as I listened, which suggests something a bit terrifying: Gatsby and the phantom may not be all that different from each other. They’re both consumed by love of women they put on a pedestal, ultimately resulting in tragedy and they both attempt to win affection through creepy stalker methods (in the case of the phantom pretending to be an “angel of music” and trapping her in his underground lair and in the case of Gatsby buying the house directly across from Daisy’s and throwing ridiculously expensive parties in the hopes that she’ll find stumble into one. Granted one method is a bit (MUCH) creepier than the other but they’re both creepy at some level!)

7 thoughts on “Songs for Every Book: Arcade Fire and The Phantom of the Opera”

Join 2,597 other followers
Follow If Mermaids Wore Suspenders on WordPress.com